According to statistics released by Ministry of Trade and Industry in Feb 2015, Singapore’s labour productivity fell by 0.8 percent in 2014. This is our third consecutive year of productivity decline.

And just so recently, our Prime Minister Lee Hsien Loong was talking about wage stagnation if we do not take action to arrest the decline in productivity.

Didn’t we have the Productivity and Innovation Credit (PIC) scheme to take care of all these?

So we have thrown away $1.5 billion with very little results to boast of.

For business owners, you just want to do whatever it takes to raise productivity. And obviously the Productivity and Innovation Credit scheme isn’t helping.

So what can you do to turbocharge your existing workforce?

If the PIC isn’t working for the past 4 years, it most likely won’t for the next 4.

Just like what Einstein said – ‘if you do the same thing over and over again and expect different results, that is insanity’

So instead of spending more money to leverage on PIC for training and procuring automation, let’s look elsewhere.

How about we look at stimulating the senses?

Physicist Gordon Shaw’s research has shown that listening to Mozart increases a person’s IQ. It helped them to perform better in high levels of abstract thinking.

Imagine raising the IQ of your workforce and what that could lead to.

In 2005, a study conducted by the University of Windsor Canada found that listening to music improve the mood of the listener. And that led to the bump in productivity.

Although the kind of music depends very much on the type of work that needs to be done.

For monotonous and repetitive tasks, it would be better to match with fast tempo music. One study found that fast music cause a whopping 12% productivity gain compared to no music, and a 22% increase compared to slow music.

So for the department such tasks belong to, it is better to play dance tracks than the sentimental pop songs. Regardless of the type of music, as long as you’re listening to something, you will enjoy repetitive or boring tasks more and get them done faster.

I’m sure every gym rat would agree.

Classical or instrumental music has been shown to enhance mental performance more than music with lyrics. For strong focus, music that has little variety and little to no lyrics are best.

When it comes to creative tasks, the noise from a coffee shop would probably be enough. This is based on a study published in the Journal of Consumer Research. Moderate background noise (about the volume of a vacuum cleaner) can create enough distraction to allow you to think more imaginatively.

Now you know where to find your creatives (hint: Starbucks).

Angela Wright is a world-renown color psychologist. She has been studying how color affects a person’s behavior for about 40 years and her work has shown that a person’s personality affects how they interpret color, and color influences everybody in the same way.

And interestingly it is not really so much of the color itself but more of the intensity of the color that affects how a person respond to it. So a strong color will stimulate (preschool) while a color with low saturation will soothe (hospital).

The research also show that each color affects us differently. The four main psychological colors are: red, blue, yellow, and green. And they affect the body (red), the mind (blue), the emotions, the ego, and self-confidence (yellow), and the essential balance between the mind, the body, and the emotions (green). 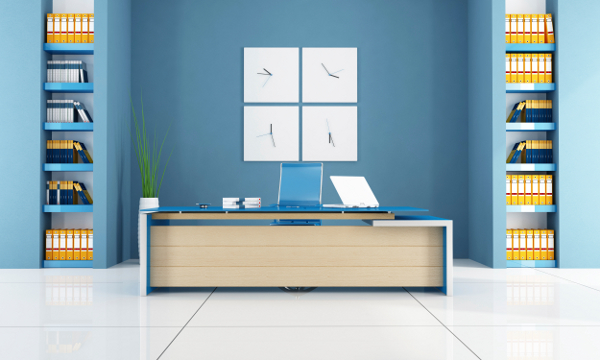 Blue appears to be the most “productive” color if you search online but it really isn’t for all sorts of conditions.

Since blue is related to the mind, it would make sense to paint your office blue if lots of mind work is involved daily.

Yellow (the emotions, the ego, and self-confidence) 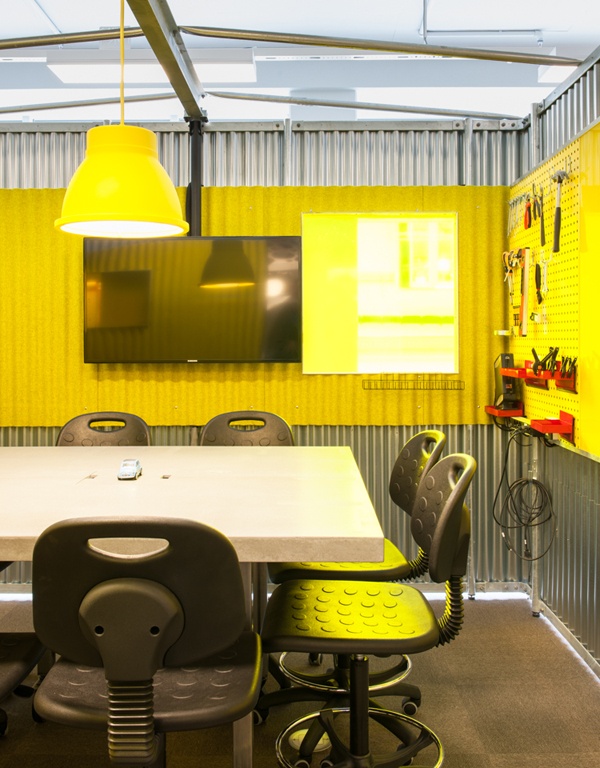 If your business require a high amount of creativity, yellow is the color for you as it stimulates your ego and spirits, and makes you more optimistic. The eye uses more chemicals to see the color yellow. School studies have shown that students who take tests in yellow rooms actually do 10-15% better on than they do in rooms painted in other colors

It is no coincidence that most gym equipments use red for the fabric. Red stimulates the body and is the color to use if your line of work require something physical. It makes you more productive than either blue or yellow because it stimulates you physically.

Need a strong sense of balance in your office? Green is the color to go for to make you most productive. It is calming and reassuring. Most ideal in an environment that involves a lot of money changing hands.

In a study done by scientist Mirjam Muench, he set out to find out if there are difference when one is being exposed to daylight versus artificial light over the course of work. The result shows that people who had Daylight were significantly more alert at the beginning of the evening whereas subjects who were exposed to Artificial light were significantly sleepier at the end of the evening.

In addition, our cortisol levels drop significantly under artificial or poor lighting conditions. So we become more stressed out and lesser ability to stabilize our energy levels.

So to get that slight edge, make sure you allow as much sunlight into the office possible. Eliminate any form of opaque blockage that could diminish the benefits for the sun. Imagine working 8 hours sitting in a cold chiller fridge. How productive is that going to make you?

Unfortunately many buildings in Singapore set an extremely low thermostat. What they don’t know is it carry a huge impact on productivity.

In a study from Cornell on office temperature’s impact on productivity, the result shows that employees made 44% more mistakes when the temperatures were around 20 degrees Celsius versus another control group that is at optimal room temperature (25 degrees Celsius)

The issue isn’t the discomfort that comes with a colder office; it’s the enormous amount of energy that you use to keep yourself warm. 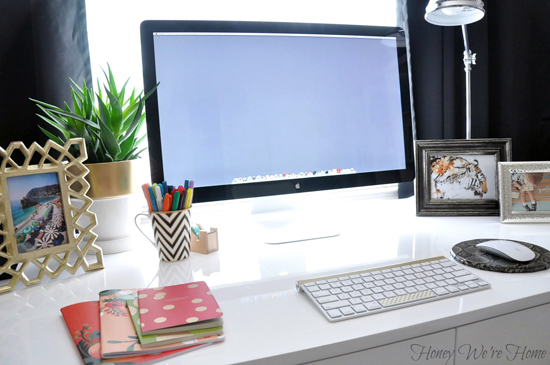 In a survey by Office Max of over 1,000 working adults, 90% of these working Americans reported that clutter had a negative impact on their lives and work and 77% reported that clutter actually damages their level of productivity. Over 50% claimed that disorganization actually impairs their state of mind and motivation levels.

Studies by the National Association of Professional Organizations show that the average person wastes 4.3 hours per week searching for papers. It adds stress and frustration to the workplace while reducing concentration and creative thinking.

The biggest problem is the inability to properly service customers, increase sales and improve the bottom line because of mishandled paperwork.

But that doesn’t mean we become an office communist. A unique and creative office does not mean it has to be messy, vice versa messiness is not an expression of creativity.

Employees who have a say in the design and layout of their workstation has been found to be 32% more productive, according to a research from the University of Exeter.

Greenery in offices can boosts work output by 15 per cent. This is according to experiments at two large commercial offices in the UK and The Netherlands by Cardiff University School of Psychology.

And productivity went up by 15 percent.

How much pay rise would you need to incur to make the same amount of productivity increase?

The aroma of productivity

Could it be possible for certain smell to inspire productivity?

According to Takasago, Japan’s largest producer of fragrances, it can. They found out that 54% fewer typing errors were made when the workplace was scented with lemon, 33% fewer errors when they smelled jasmine, and 20% fewer mistakes with lavender in the air.

University of Maryland Medical Center explains that smells can have a major effect on our well-being. This is attributed to the receptors in our noses that communicate with our brain for memories and emotions, leading us to associate certain things with particular smells.

Retailers have been using “olfactive branding” for years. You would notice a peculiar scent when you walk into Ion Orchard or i12 Katong.

Certain scent can decrease stress hormone (lavender and rosemary) while linalool (found in lemons) can help to reduce our flight-or-fight stress reflex.

So consider breaking out those essential oils the next time you have a major project to focus on and contain that stress monster to help you work longer and more productive.

Putting it all together

There you have it. These simple office hacks should lead you to at least 15 percent gain in productivity, across the entire office! And you won’t risk it not being effective since they are not dependent on any individual, unlike training or new tools.