Anyone who knows Conrad Alvin Lim would very likely tell you that his story is an inspiring one.

To those unaware of his story, that may sound like a frivolous statement. But once you gain an understanding of what Conrad had gone through, you’d see that he’s the real deal.

Having succumbed to bankruptcy in the year 2000, Conrad got discharged from bankruptcy seven years later, and today he holds a number of accomplishments to his name–including being a full-time online trader and investor, a trading and investment mentor, a successful entrepreneur, as well as a best-selling author.

“Anyone can have success from some success, but how many (people) can build success from absolute failure?” asks Conrad. “It’s only when you fail miserably, do you know the reason we succeed.”

Conrad continues by drawing attention to a handful of the world’s successful businessmen, such as Steve Jobs, Bill Gates, and Richard Branson, “they all have one thing in common, they failed miserably.”

As a young boy, Conrad chose to drop out of school after completing his GCE O-Level examinations. Instead of taking up further studies, he pursued a career in the film industry, which eventually saw him starting and running his own production business.

In a parallel universe, we could have gotten to see Conrad’s uninterrupted rise as a prolific media producer. However, Conrad was running a business with an incomplete understanding of critical factors such as budgets and cash flows.

“Quite reckless, if you ask me,” he reflects.

Conrad’s media production business came to a head in 2000, after he faced life-altering failures in light of the Asian Financial Crisis and recession, and he was forced to go into bankruptcy.

Bankruptcy sent Conrad on a downward spiral, a feeling few people would be able to truly comprehend. As he recalls his state of mind during that phase of his life, his voice grows sombre, “Bankruptcy takes your life away. It makes you feel like a complete failure. You go through mental hell, that the only thing you would consider is taking your own life.”

What followed for him then was depression–the realisation of failure, embarrassment and shame that he had become unable to feed his own family, and did not know how to talk them either.

“You walk on the street and everybody seems to be staring at you and judging you.”

Conrad’s decision to recover from bankruptcy was a simple but powerful one.

“My kids,” Conrad says proudly. “Till today they still continue to be my motivating force.”

He had two children whom he brought to this world, and he literally owed them a living. For the people who have lost hope or lack motivation, Conrad advises them to “find their ‘why’”–the very reason that they would be willing to struggle in life in the first place.

He was also not willing to live out the rest of his life setting a bad example for his children, and wanted to make sure they could learn from his mistakes and not repeat them.

As a result, amidst competitive freelance media work, Conrad began studying finance and economics to compensate for his prior financial ignorance that led to his downfall. Today, he has developed a mentoring relationship with his children, such that they have a role model that they can trust and turn to in times of need.

The path to becoming a mentor

In addition to mentoring his kids, Conrad also teaches his wisdom to those who want it. It began with friends coming over to his house where he would conduct tutorials and teach what he knew about online trading.

As they asked questions, Conrad was compelled to learn more so that he would be able to answer them.

“Ever since then, I became addicted,” said Conrad. “I found that the best way to learn is to teach.”

Becoming a professional teacher was thus wholly an accident–he started teaching for free before he realised that there was a demand for his knowledge, and his entrepreneurial mind helped him realise that he could charge for that demand.

“One of the entrepreneurial mindsets you should have is to do it for free first,” Conrad reveals. “If you do it for free and nobody wants it, you’ve got nothing to sell.”

Only start a business because you can

The greatest challenge young entrepreneurs face today, Conrad observes, is simply that they lose sight of why they want to start a business and that they try to do so before they are even able to.

“You only start a business because you can,” Conrad explains. “[when] you can do everybody’s job, and that makes you the perfect boss to tell everybody how to do their job.”

Conrad mentions that most people force themselves into entrepreneurship even when they obviously cannot–whether it’s due to a lack of resources, budget, or knowledge–because there are several things to consider before one is able to start a business.

This begs the question: How many entrepreneurs know what they’re doing, but not finance and economics?

[callout]Sapio will be organising a talk by Conrad under Sapio sessions, bite-sized talks that allow you to meet entrepreneurs, industry insiders, and thought leaders face-to-face. Called “Why Young Entrepreneurs Fail: Managing Cashflow & People”, it will be held in early 2018.

9 Fantastic Recruitment Blogs You Should Be Reading

Destroy Your Competition With These 3 Free Recruitment Hacks

This Is Why Social Media Recruiting Isn’t Working For You 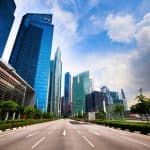 The Cost Benefits of Using a Virtual Office for Your Business
wpDiscuz
0
0
Would love your thoughts, please comment.x
()
x
| Reply